OK, So I was AWOL for a while over the Thanksgiving break. I did dabble in doodling and did a little applique, but not a lot. Since I've been back I have been feeling 'out of the groove' with my tangling. I have totally fallen in love with Socc, the new pattern that was presented at Tangle Patterns. Oh, its like magic how it transforms. I have been working on breaking down a couple of patterns inspired by vacation things as well.

First, lets get to the challenge from the Diva this week. BIGGIFY. This was an interesting excersize and I don't think I'm done yet experimenting with it, but I have one that I am fairly happy with. It is interesting because the pen line width does not biggify along with the rest of the pattern when you draw big so it totally changes the character of a lot of patterns.  It was a good thing to try for me right now because I have been drawing really small lately. The longer lines do take more concentration and are more easily accomplished when drawing on a table and not on my lap as I tend to do (because I am usually doing it on the go). Here is my challenge entry... 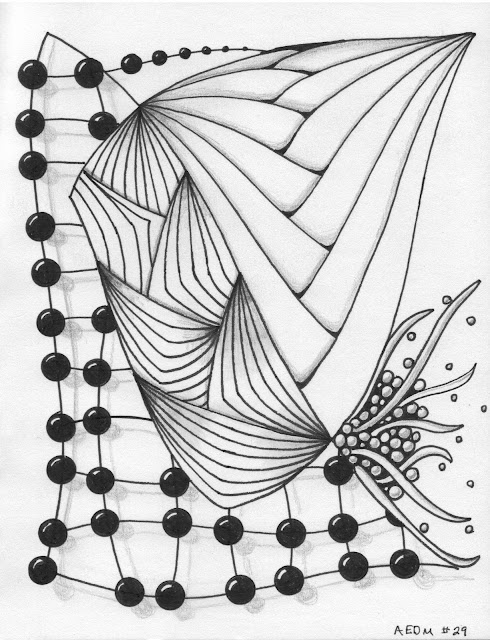 I was actually intending to use Socc in that middle section but was concentrating so hard on getting smooth lines I ended up doing the first section incorrectly so I just made the rest up. 'No mistakes' right?
I also have a lot of drawings to catch up on for Art Every Day Month since this is the LAST DAY! I missed a few days while away and spent several days working on sections of a single drawing, but there still seems to be a backlog... 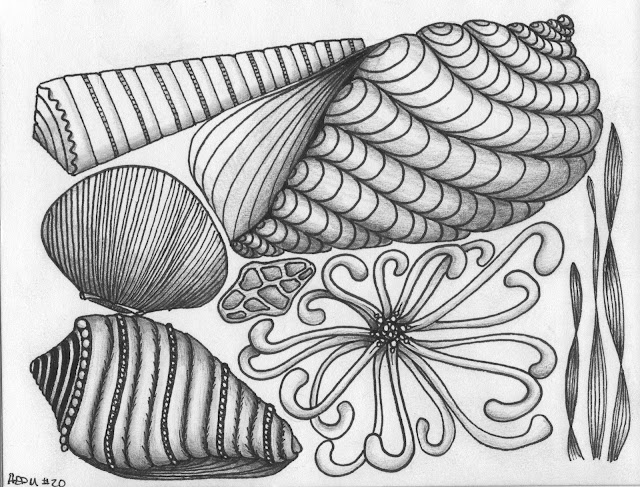 I had those lovely repeating patterns on shells on my mind right before we left, as we were headed to a great snorkeling location. So, not really a tangle... but some of the patterns in the shells have that same feel to them. 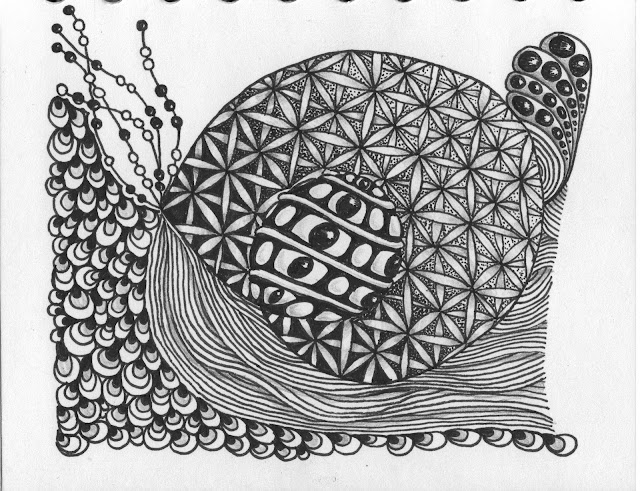 This is the one I worked on for several days. Fife takes a long time when done on this scale! Magma is just the right pattern for the gentle ocean waves and I am sort of in love with Whirlz... it is very meditative and would translate really well into quilting. In fact there are several versions of this in the Free Motion Design Project over at Day Style Designs. 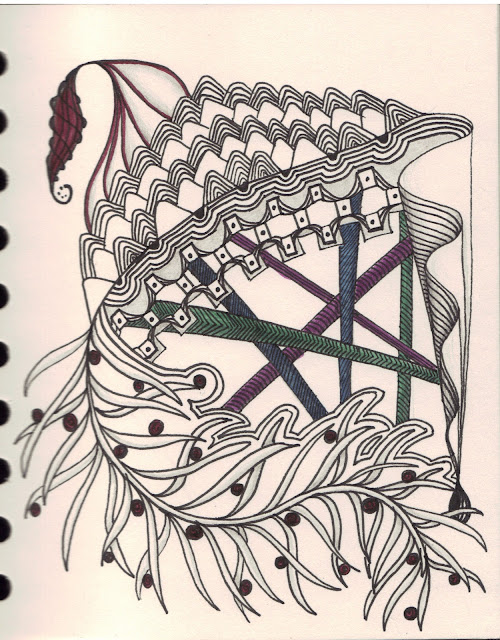 I just kept adding to this one because I didn't like it. It was the first one I did entirely after we got back... not yet in the groove. I do sort of like the square border with the open spaces... I will have to work that one out again since it just grew a line at a time as I added things trying to get to something I liked. The feathery one is inspired by a free motion quilting pattern by Leah Day called Tongue of Flames. This is a lot bigger than I typically have been practicing it so this is sort of a precursor to my BIGGIFY challenge entry. Leah's pattern and a video of her quilting it can be seen here. 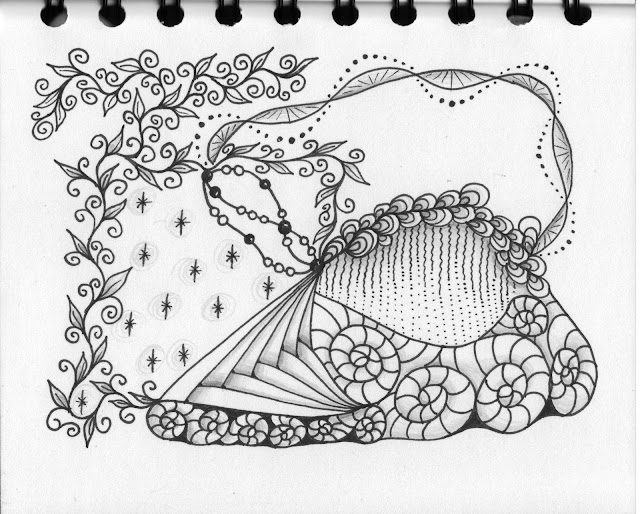 In this one I tried another new pattern I picked up at Day Style Designs Free Motion Quilting Project,  Fossil Snail and used Whirlz as a line treatment instead of a filler. 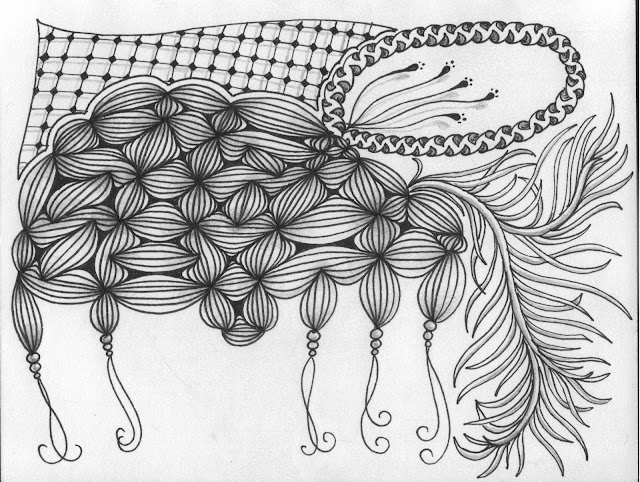 This one I just did early this morning. Finally a chance to use Socc! And another example of Tongue of Flames and a new-to-me tanlge, Esses.
Posted by Eden at 10:38 AM