Just a little time for a challenge enrty this week... school begins on Monday and there is still so much to do before my students walk through my doors! The challenge this week over at the Diva was to choose two letters and two tangles to go with those letters and make a Duotangle with them. I did not get wildly creative with this idea, but I had just gotten the Tangle Patterns email about the new pattern Meringue and also just participated in my graduation ceremony for my second Masters... this one a Masters of Arts in Teaching (MAT, the first one was an MS). So, I chose the letters M and A and quickly worked a sketchy one out (the second one below). I loved the Meringue so much that I choose another A pattern and did a 'nice' version the next evening. I was going to do an MS and a PhD as well (using Phicops as the 'Ph' part) but then things got a little crazy and I started to get a little nuts about planning for next week. I will work on those in the next few weeks when I have time (que the maniacle laughter). I guess I could do a BA as well just to complete the series! Anyway, here are the two I got done in commemoration of my latest (and hopefully last) graduation! 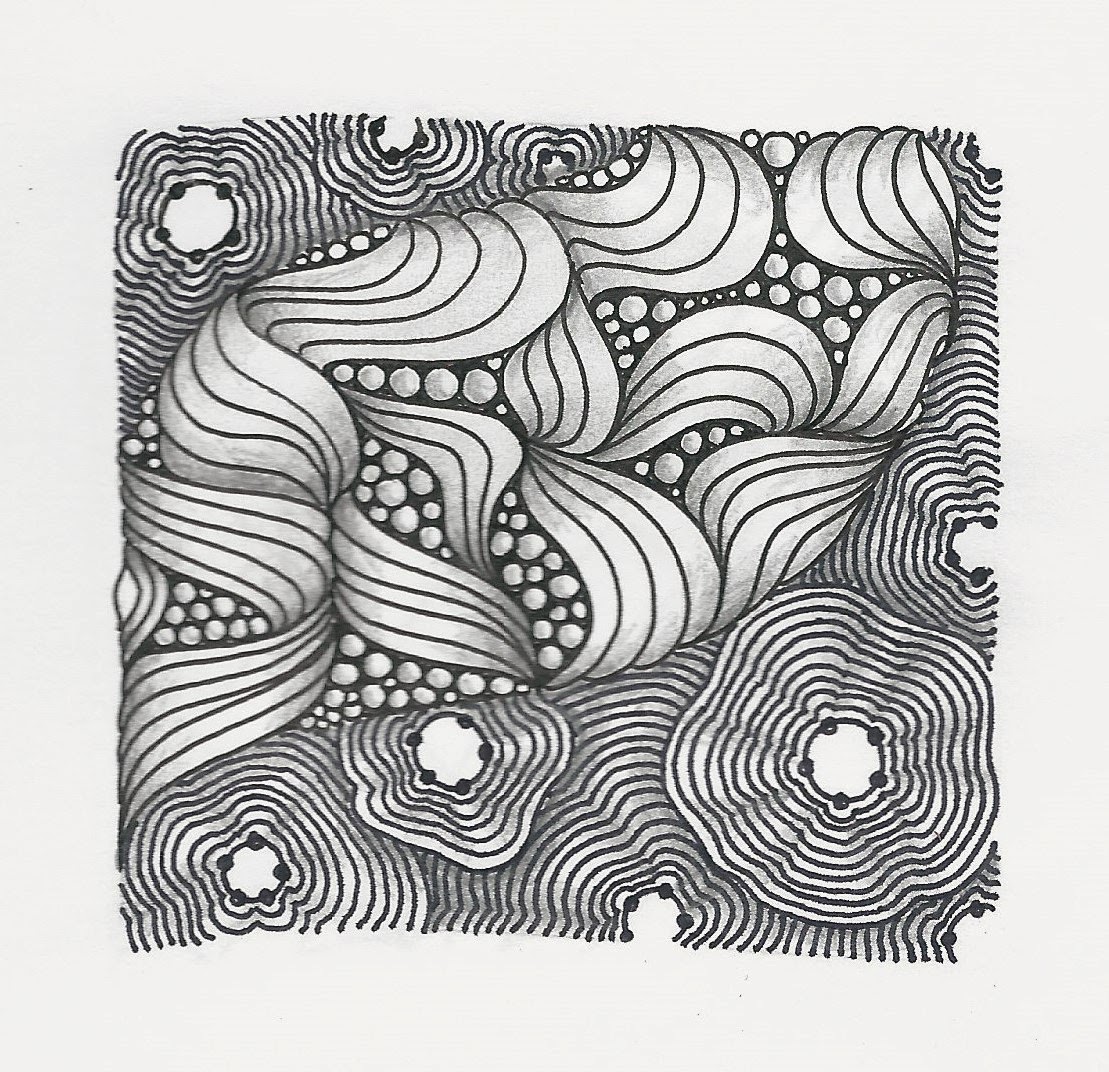 This one uses Meringue and Axlexa. I think they are a good pair. I love how the Axlexa really gets to look like it is rippling when you add the shading. 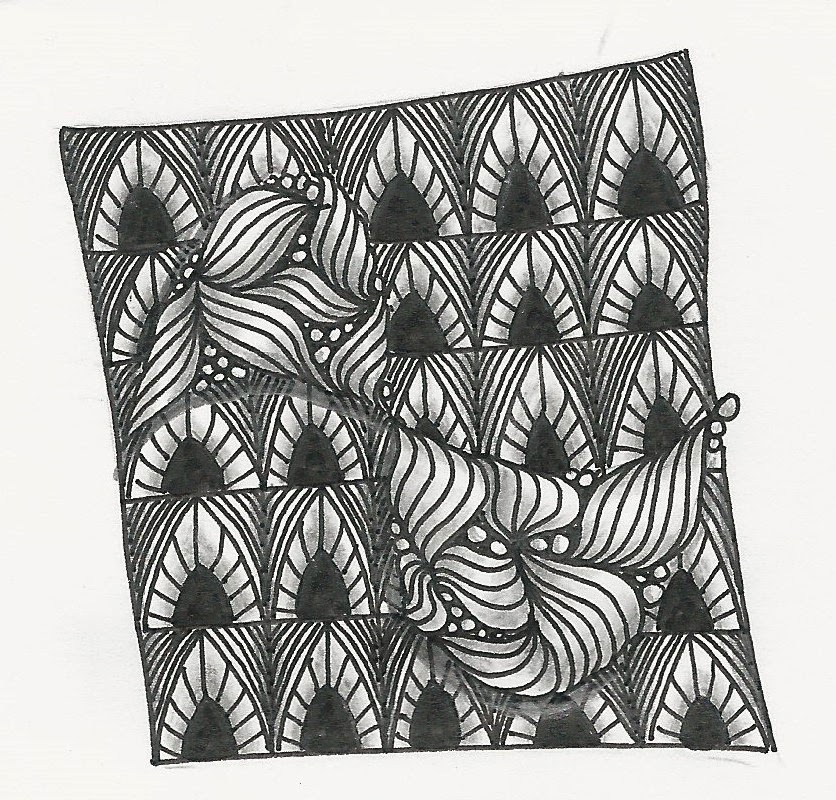 This one is Meringue and Archer and has not enough contrast between the two to reall appreciate the patterns.I also did it kind of sketchy and small in a corner of my book because I was just trying out the Merangue for the first time. I really love that pattern!

Well, have a great week! I will be meeting my students and trying to learn their names and capture their minds and imaginations while demystifying physics and learning the mystifying world of the online grading system at that same time. Ahhhhhhhhhhhhhhhhhhhhhhhhhh....
Posted by Eden at 7:09 AM 5 comments: