I had quite a time with the UMT challenge tangle for this month, Bugles by Joyce Evans. I still don't have it quite right... as Linda Farmer cautioned in her post about it, it can be hard to get the horizontal spacing to play nicely with the vertical spacing. I also have the overwhelming urge to make the cones either carrots or dragonflies! However, with this version the cones really pop out from the surface and the rest makes an interesting background. 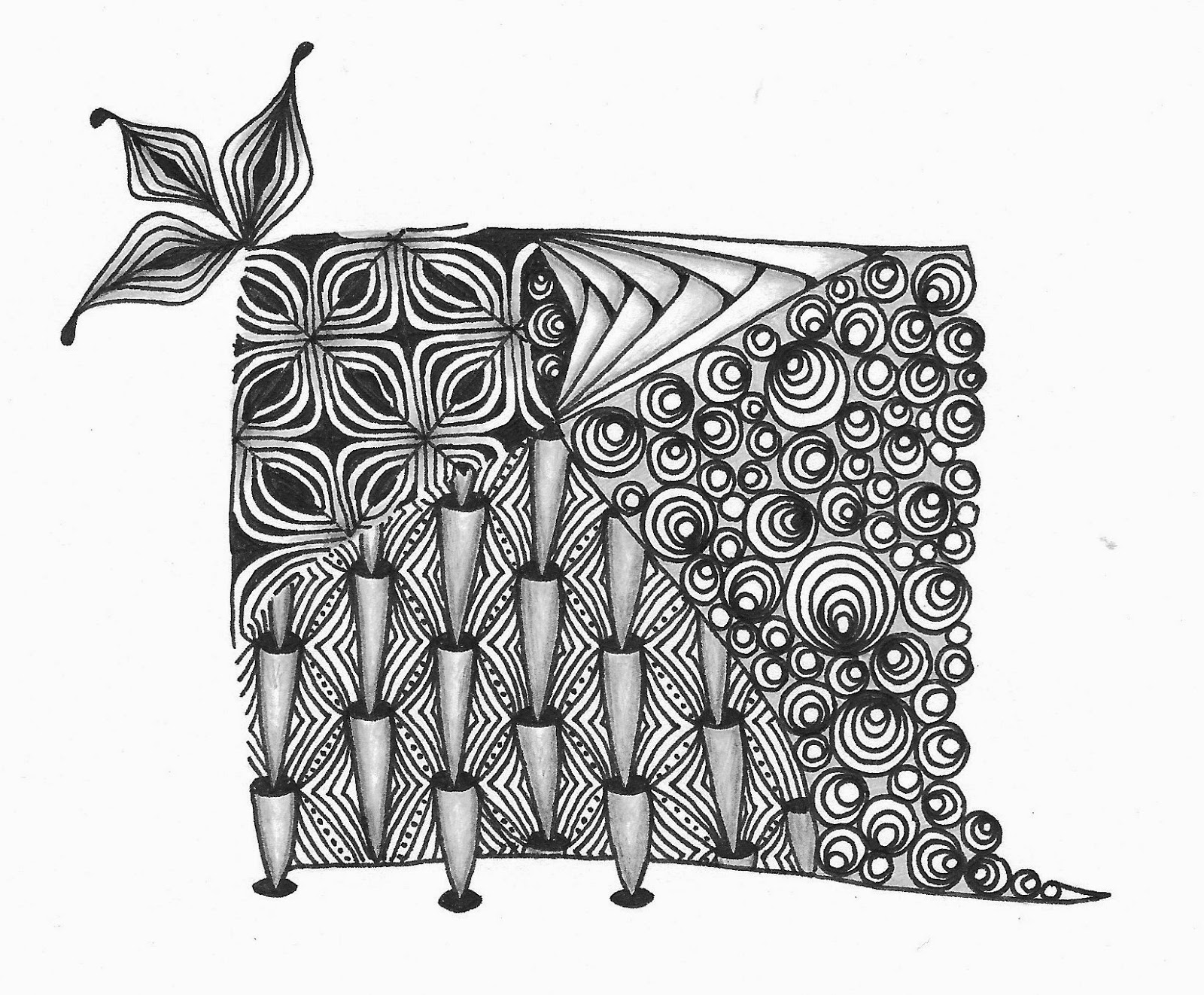 I also took her initial jelly bean shapes and instead began with upward arcs, drew the point of the cone above and then completed the "circle" behind the cone so it looks more like they would nest together. The pattern to the right is, I guess, a tangleation of Tipple that I saw in a light fixture at the bank. I am still playing with it a little and this version is a little rough, but the gradually smaller circles should all meet at a single point that varies randomly over the collection. It looks a lot like quilling patterns and it makes a great light fixture!

While on the topic of patterns, while I was visiting my mother I took the kids to one of our favorite places. They like to climb and slide and explore and I like to do all that and LOOK while I am at it...it is RICH with visual stimulation and the home of some of the most creative people I know of. They use all sorts of scrap items to make the various parts of the landscape, as you can see from this small sampling of the patterns I recorded while I was there...

This place, called City Museum, is such a treat and they have found so many wonderful and creative ways to use, as they say, "repurposed archetectural and industrial items". They are always growing and making new pathways and places to explore. The floor is a real visual treat as well... a giant mosiac of broken tile that took years to complete. I used to like to go just to see what they had added to the floor while I was away. Most of it on the first floor is sea and ocean themed with some patterns worked in around the edges. They have a museum of archetectural parts from old buildings (those that aren't worked into the rest of the place) and a circus and an art area with all sorts of projects you can do. It is a paradise for kids, but really speaks to the artist in people as well. If you ever have the chance and are in St. Louis, do go and visit!
Posted by Eden at 3:45 PM