OK, I have decided the only bad thing about using Thanksgiving week as a fun vacation week is that you must come home, unpack and clean up and THEN launch yourself headlong into the Christmas preparations. I feel totally unprepared mentally for all that is coming in the next few weeks (three kids equals lots of holiday fussing at school not to mention at home).

ANYWAY... I have gotten a little time this afternoon to work through a couple of the pattern inspirations I had over the break... 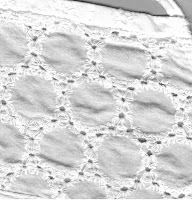 The first was inspired by the lacy inset part of my swim cover-up (the one that, when wet does not entirely protect me from the sun - ouch-  which is the same one that is now permanently stained yellow by spray sun screen - I am thinking of tie dying it!). This is a scan of it...
It looked as though you could make the circles using all straight lines and I love that sort of pattern. I tried to break it down and came up with a satisfactory, if not perfect pattern that resembles it called "Islette" a play on both the eyelette lace and the island place I noticed the pattern. There are many steps to the pattern, but none of them are difficult. You can get different looks depending on the relative vertical and horizontal spacing of your grid. 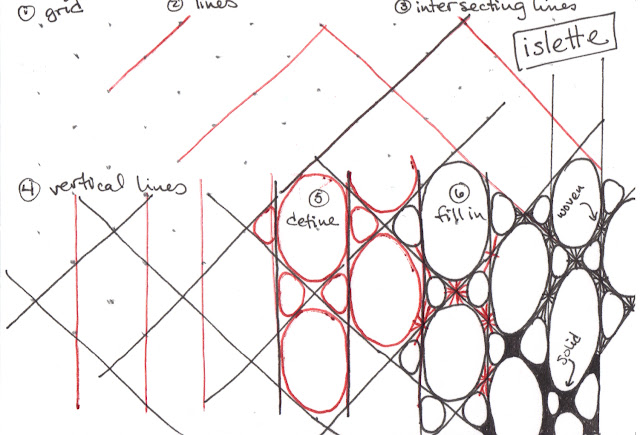 It also looks as though you could make it be a layer 'on top of' another pattern.  I began a drawing with it here... 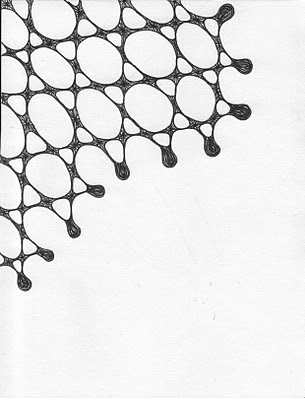 but when I drew something 'under it' it just all muddled together and it was not a good look. Oh well. I am sure to try this again. It is not a pattern to do if you are in a hurry because it has lots of structure, although I think it takes on an interesting look even when it gets wonky. 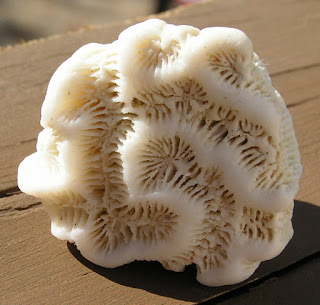 The second pattern also takes some time, but is much more free-form. I call it "Brainz" because it was inspired by Brain Coral. Those little coral animals (and diatoms) are the undisputed masters of FINE structure. Here is my example...
This pattern follows the form of a type of quilting called meander quilting or stippling (when it is smaller). I have done this kind of quilting on a few things and it definitely take a certain detachment from your left brain to not get yourself into a tight spot. The lines should never cross and ideally should stay an equal distance apart. All this while not getting overly repetitive and filling in your given space evenly. Once you get the hang of it it goes pretty quickly. Then, just a few steps later you have a nice curvy yet linear pattern (OK, so those might be mutually exclusive, but hey - see for yourself) 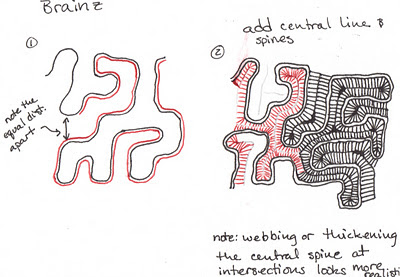 I like how you could elongate the straight lines to make it look a little 3D if you needed to like the back side of that chunk pictured above. 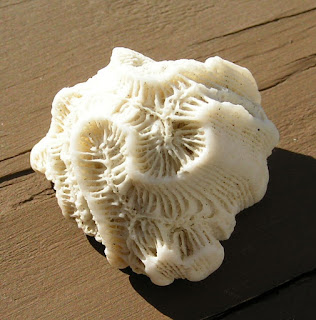 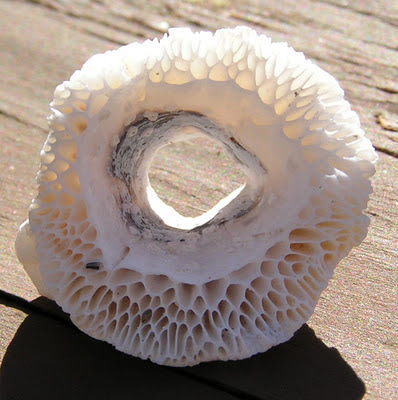 Then I have two other things I would like to 'patternize' but I am having trouble with one of them and the other I just haven't had the time to think about. The first is another coral skeleton (I think).              I love how this one could go either way, dark lines on light like the top or dark spaces with light lines, like on the bottom. This kind of natural branching is one of the hardest things to duplicate from nature. Can it even be broken down to a tangle-like pattern? 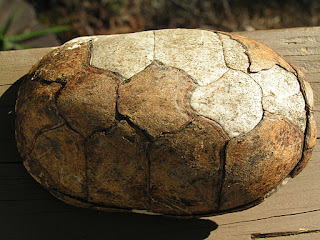 The last one is the general pattern of scutes on the back of a turtle. I was thinking specifically of sea turtles, but don't have a good shot of one of those and really the pattern is about the same from sea to land turtles (this one is a little box turtle from the woods here at home). I'll be sure to post the results from either endeavor  if I ever manage to think about them long enough to do the breakdown. 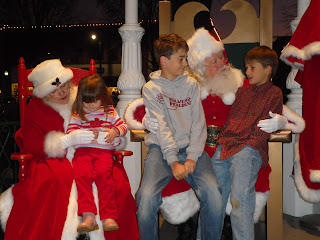 I thought of a holiday quilting project I would love to finish for the holidays so I think I will work on that this weekend and try to get more in the mood for the season. That and decorating with the kids may do it for me. I will admit that last night's annual meeting with the big man (Santa himself... the REAL one) did edge me toward a holiday attitude. My daughter really didn't want to talk to Santa at all, but her big brothers went up so she went too. Mrs Claus offered her lap and my girl will always pick a woman over a man so she accepted. After Santa talked with the boys he leaned over and made friends. They had quite the intense conversation there for a while. 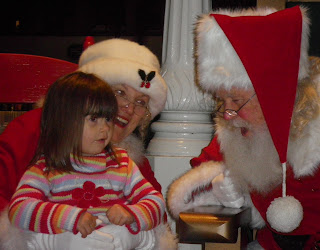 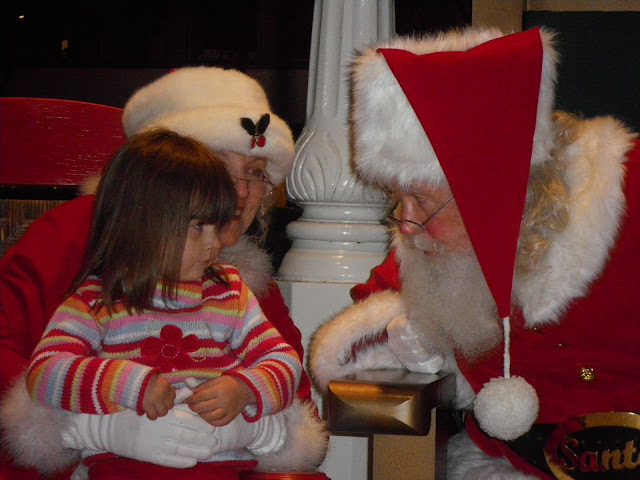 Have a great weekend!
Posted by Eden at 2:26 PM