OK, we are two weeks into the regular school year, preschool starts next week, as does my part time after-school teaching gig and I have already 'dropped the ball' twice. I won't go into details, but let's just say things were missed that shouldn't have been because I was too involved in enjoying my last uncomplicated, less busy week. You would think that wth less to do I would maybe have remembered?!  Blah, not a good way to begin. Anyway, as I stayed up way too late last night (for legitimate reasons) I thought I would try out the idea I had for the Zendalla challenge #19. It did not come out as planned (do they ever?) but here it is. 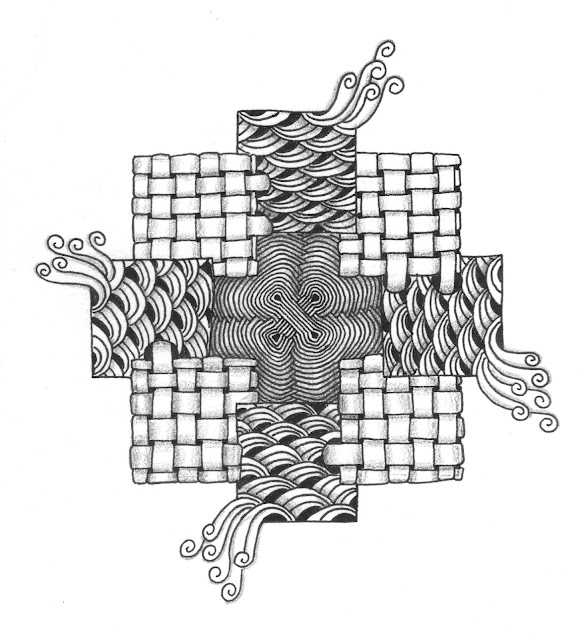 Anyone recognize that 'hilly' pattern? It sort of looks a little familiar to me, but then I found the pattern on a fabric I have been working with so I am not sure if that feeling comes from that or if I have seen it as a tangle before? Anyone? Here's to a better week next week!