I have spent some time this week tangling... no sewing so far. That is about to change, as my oldest's Boy Scout patrol needs a flag and he thought they would get a good result if I was involved... gee, thanks for the vote of confidence... I think. Anyway, this week's challenge from the Diva was to use Copada, one of Margaret Bremmer's tangles. I love her style and use a lot of her tangles all the time. This was one I hadn't used yet. The 'strip' nature of the pattern screamed for a double pencil string, which I had not done in a while. There are so many possibilities with this tangle that this piece quickly became a mono-tangle... why would you need anything else? 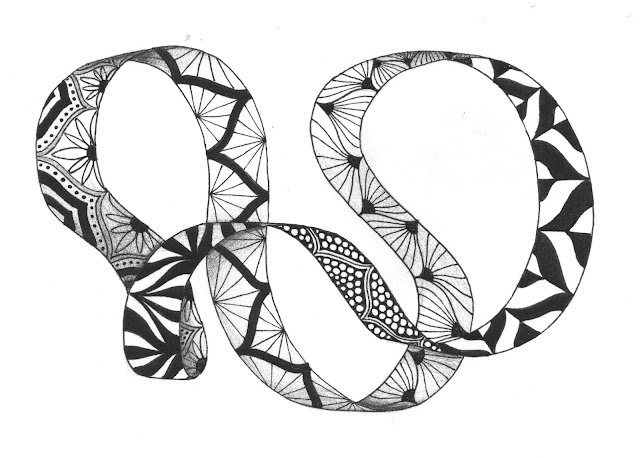 There was another project I worked on a lot this week... my younger son has a binder for school that allows you to slip a paper under the clear covering. I suggested he draw a picture to go in there... he suggested that I draw a picture to go in there.  So I worked on this 'cover page' for his folder for about a week on and off. I think he likes it, I know that I am pleased with it. It was nice to use color and I really like the pencils I used... each is a combo of three colors in one, which gives a nice subtle variation. 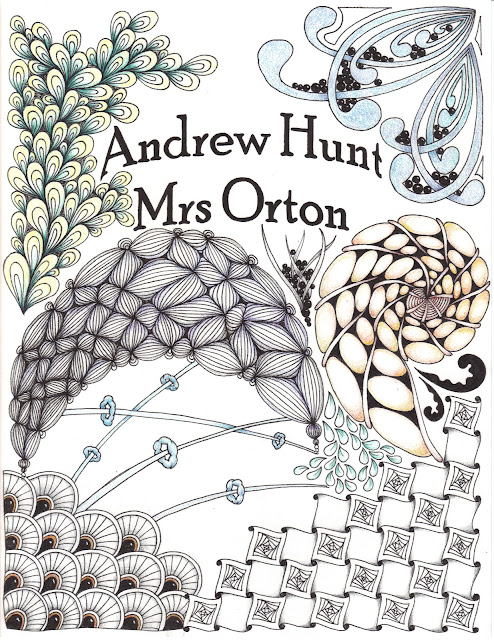 I have also done a bunch of paint chip bookmarks and discovered yet another of Margaret's tangles, Kunstler, which is awesome! Check it out and have a great week.