The Zentangle challenge this week over at The Diva is to use aura's in your tangling... so I sat down and tried a few different things. So many of the patterns have auras built in and so many of the ones that don't do not lend themselves to including them so it was harder than I thought it would be. Here are the two best and a third that was more of a chance to play with a cool new tangle pattern I found several weeks ago, Mi2 that has aura-like lines incorporated in it already. 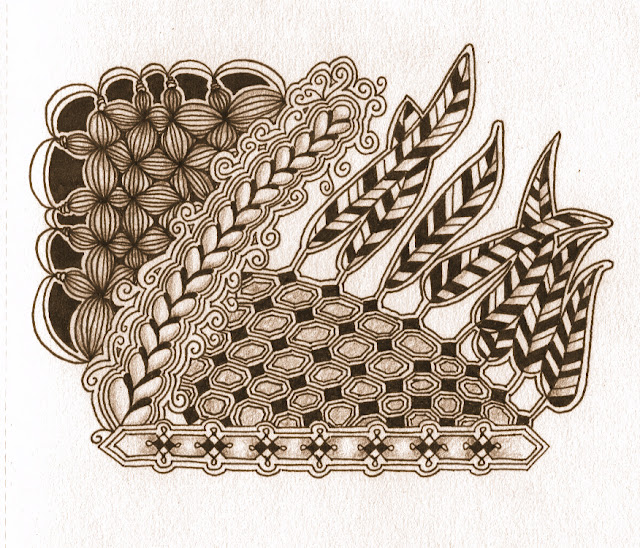 I like this one pretty well, although I find myself getting stuck on tangles that form a line lately.  I was a little free in my interpritation of 'an aura' in the one case... it leaked out into swirls and loops and ended and began at will.  Florz with an aura really changes the focus and usual appearance of the pattern. 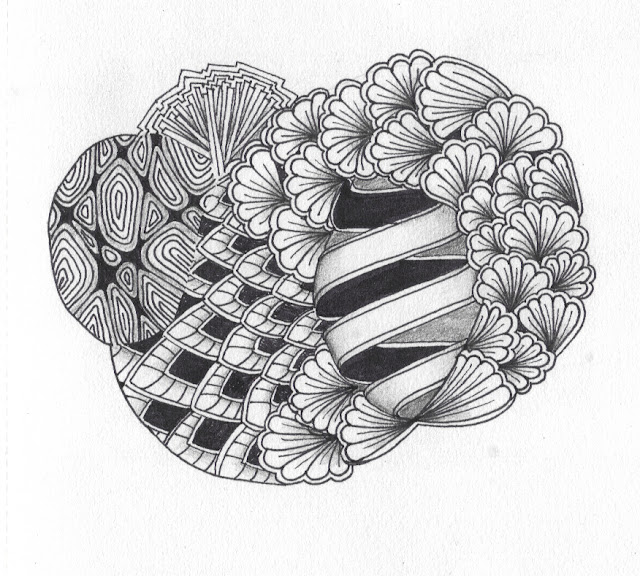 In this one the 'Nzeppel is the most effected by the aura I think, again changing the whole appearance. The Sanibelle is interesting with the single aura and I really like the boxy look of the Hollibaugh with the auras - it looks mechanical and jittery. 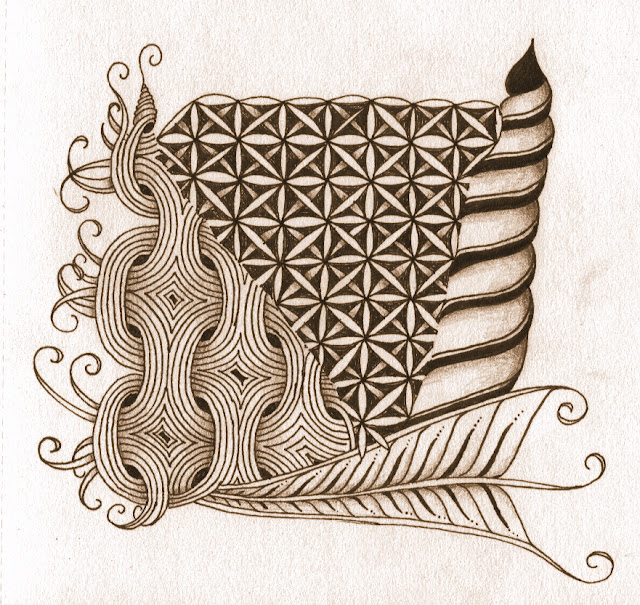 This was me playing with Mi2. I had lots of fun with the swirlies on the side.
Posted by Eden at 8:13 PM