Zentangle Challenge #53 - getting back in the groove

This week's challenge from The Diva is to use a new tangle of hers called Undine. It turns out that it is a great framework for about a million variations. I finally had to stop looking at entries for the challenge until I had a chance to work on my own so I could develop some of my own ideas without being too influenced by the creativity of others.  Like getting a song stuck in my head - when I see a variation Ireally like it is hard to 'see' past that to something else that might develop out of my own head. So here is my entry for the week with three versions of Undine. 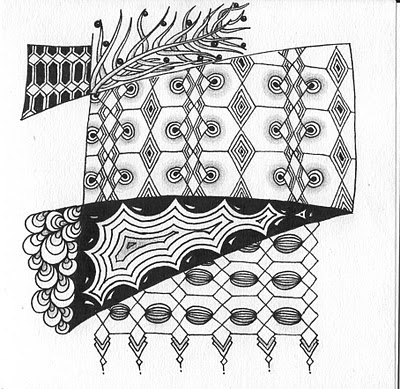 While scanning I realized that it has been a while since I scanned any in. I played with the idea of a snowflake string a while back in response to another challenge and just never had a chance to scan and post my results. 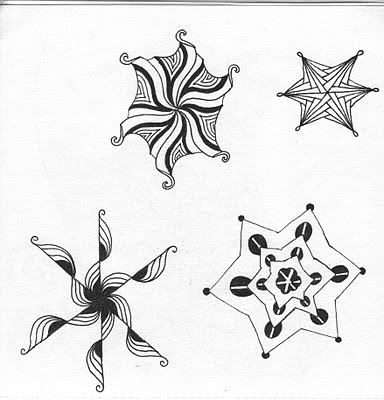 And here are a few other fun ones I did before I sort of fell out of my groove. It has taken a while to get back. 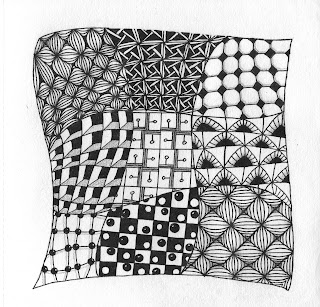 I like all these grid based tangles all together 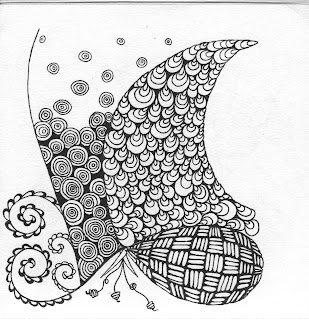 And can I just say whirlz and Frickle are my favorites
Posted by Eden at 8:33 AM